Miami: the modern Mecca of art and design 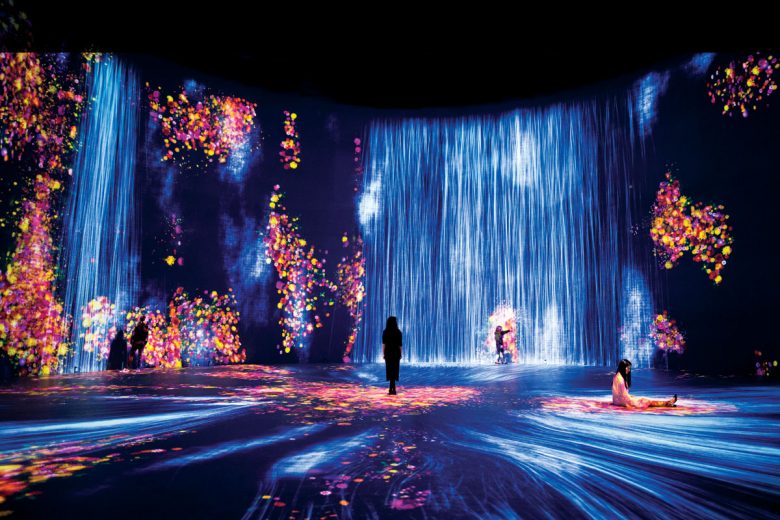 Cities are regarded as long-standing products of humans’ sedentary evolution and the demands that followed it; however, they are also the outcome of our nomadic excursions and an increasingly globalized world which brings with it the dreams, ideas and creations of people from all over the world. Each city bears the imprint of the inhabitants that have passed through it; this unique mark comes in the form of buildings, cultural traditions, variants of language and art. In the case of Miami, the traces of its past and present inhabitants can be admired in the distinct art which adorns galleries, museums and streets alike. Miami overflows with the innumerable designs of its diverse population, thus becoming a multicultural hub of art and design.

A look at the past

What makes Miami a cherished focal point for the development of ideas? Is it the inspiring views of the tropical landscape or the tranquility evoked by the back and forth motion of the Atlantic waves? Perhaps it is both; this natural oasis beacons travelers, innovators, artists and designers in search of a place to nurture their ideas and share their work. This was the case during the city’s early years when the pioneering John Collins and Carl Fisher set out to transform Miami Beach into a luxury tourist spot brimming with hotels, clubs and shops.

Despite the obstacles presented by several hurricanes and the Great Depression, the re-developments that followed paved the way for the creation of the famous Design District where a continuous flow of design surfaces each year with the contribution of local and international artists.

From the 1960’s onwards, Miami’s multicultural composition, the high influx of investors and businesses growth has influenced the art-scene as well as the way that people approach art and design. Whether it is fashion designers, interior designers, architects or artists, they all bring to the city their work and challenge the traditional expectations by transforming the streets into open displays of modern beauty.

This particular area oozes with tantalizing displays of upscale fashion trends, luxury interior décor and contemporary artwork. Renown names from the fashion industry such as Dior, Yves Saint Laurent, Harry Winston and Cartier loom over glass storefronts that capture the attention of all who pass by. Meanwhile, those who engage with the culinary delights of the surrounding restaurants, cafes and bars also find themselves submerged in a one of a kind atmosphere crafted by the layout and furnishing selection of the interiors that display the designs of talented individuals and companies.

Furthermore, people also come to this district to admire the art scene and join the engaging projects and activities which allow the public to reach a better understanding of the surroundings. Some of these activities include the public Miami Design District Performance Series concert, public art tours through the installations and architectural works covering the area, and lectures or workshops offered by museums such as De la Cruz Collection and the Institute of Contemporary Art, Miami (ICA).

Visitors and locals have the opportunity to gaze at the work of figures such as the famous Cuban painter and drawer, Gonzalo Borges, the vivid arrays of color by Romero Britto or installations such as the highly valued Fly’s Eye Dome by Buckminster Fuller.

As the oldest community in Miami, this neighborhood retains part of the charm of its past era, visible in the mid-century modern décor, bohemian influences, and upscale family homes that cohabit with the mangrove forest and natural landscapes which make it unique. Among its bountiful attractions, one can visit its galleries or shop at the luxury boutiques, attend concerts or enjoy peaceful outings along its verdant sidewalks.

This area also thrives from the Bahamian influence of its first inhabitants, visible in the preservation of the lush vegetation and intermixing between nature and modern architecture. This provides the perfect scenario for the work of artists such as Alberto Chailosky, Jana Epstein and Ummarid Eitharong who have the opportunity to present their achievements at the Coconut Grove Arts Festival each year. Other prominent artistic figures also include musicians like David Crosby, Alexander Graham Bell and Madonna.

Coconut Grove’s most permanent residents are nonetheless its buildings which range from restaurants and offices to hotels and residential units. These architectural delights that bring a touch of contemporary décor to the neighborhood are in turn embellished by the expert vision and professional talent of interior designers and decorators. Some of the most popular companies that have contributed to the interior design of residential and business projects include DKOR Interiors Inc, J Design Group, Guimar Urbina Interiors Corp, and Luca Casa, just to name a few.

Known as the urban epicenter for businesses, this area thrives from a wide variety of architectural wonders such as the famous Freedom Tower modelled in 1925 after the Giralda Cathedral Bell in Sevilla, Spain. This historical building is impossible to miss due to its grand ornamental façade that is illuminated every night. Another of history’s prized jewels is the Olympia Theater at the Gusman Arts Center restored to its former glory, featuring a painted sky brimming with riveting stars and clouds from which elegant chandeliers hang over the audience.

Meanwhile, the Brickell Flatiron glass tower looms over the bay and merges with the Miami skyline. Its landscape rooftop garden sets a flash of vibrant green against the pastel hues of the sky and it is where residents can find a moment of peace among the organic beauty of the garden. Its masterful interior design is exhibited in full splendor at the tower’s Grand Lobby which boasts of a curated collection of Julian Schnabel’s powerful and alluring art and furnishings.

Such are some of Miami’s artistic and architectural sights which promote a modern lifestyle and an ever-increasing addition of new designs to cultivate the city’s contemporary appeal. Miami is recognized today as one of the most visited centers for art and design due to its historical past embedded in the arrival of innovative entrepreneurs, artists and designers and for its present brimming with the continuous works of local and international visionaries who transform the city day by day, shaping its tomorrow.