HOME Miami seeks to educate, entertain, elucidate and engage its readers on many levels, from the details of daily life to the broad reach of trends and movements in design and architecture.

No other magazine approaches the subject of city living from such a diverse and original perspective. Our goal is to explore both the old and the new and the links between them. We pay special heed to well-designed new construction, well-planned adaptive reuse and the evolution of neighborhoods that are unique to sub-tropical living.

The magazine relies on a combination of eye-catching graphic design and alluring prose. With its emphasis on excellence in architecture and design, HOME Miami takes us out of the house as well – to explore neighborhoods, dine in local restaurants, delve into history, explore other cities, and investigate architecture and design elsewhere in the country.

HOME Miami is a magazine that readers keep, and as such we are also a record of our city and of the modern era in architecture and design. In many ways we are a living museum with images and information that allow our readers an experience seldom found in print.

It’s this exceptional point of view – combining rich visual representation with thoughtful and informative text – that makes HOME Miami as much a classroom as a showroom.

RUSHED NATIONWIDE… well, almost 30,000 copies hit the streets of Miami, Coral Gables, Key Biscayne, Miami Beach, Bal Harbour, Aventura and the surrounding areas the minute the ink dries, generating an audience of over 180,000. It’s sold at Barnes & Noble, Borders and Books-A-Million stores throughout the area. We are also found at 25 other bookstore locations from Naples to Orlando to Sarasota.

AT THE COFFEESHOP… or at the door Bulk copies are delivered to over 800 prime locations including high-end furniture showrooms, art and design galleries, condo lobbies, realtor’s offices, local museums, restaurants and gyms. HOME Miami is distributed along Lincoln Road and Miami Beach, Coral Gables, Coconut Grove, Key Biscayne, Bal Harbour, Aventura, along Sunset Drive in South Miami, along Brickell, MiMo Biscayne Boulevard Historic District, and at the most fashionable retailers and upscale locations Miami-Dade has to offer. Locations are constantly restocked and it’s a good thing: HOME Miami flies off the racks and into the hands of our loyal audience.

SPEAKING OF FLYING… and buying HOME Miami is found at the first-class lounges and clubs for Continental, Delta and USAirways at Logan, LaGaurdia, JFK, Newark and Reagan International airports.

AND, GIVE A LITTLE SOMETHING TO THE TRADE… HOME Miami is distributed to over 90 retailers and showrooms in Miami’s Design District as well as over 115 suites at DCOTA monthly and garners the approval of members of the American Society of Interior Designers, the American Institute of Architects as well as a star-studded cast of local developers, realtors and art enthusiasts.

WE EVEN SUMMER UP NORTH… HOME Miami is also distributed from June to September on Cape Cod at locations in Provincetown, and for those vacationing in The Hamptons and on Fire Island Pines. 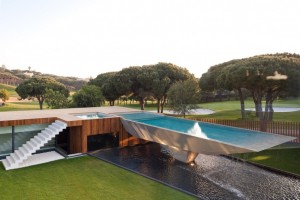