The Caribbean lifestyle has a certain allure bound to the promise of comfort and serenity. It is deeply rooted in the natural environment as it mirrors the ocean’s splendor, the warmth of the climate and the lively atmosphere of the beaches. A Caribbean residence is a fragment of tropical paradise which also offers the commodities of modern technology and sophisticated appliances. This is not an imagined utopia to yearn for while daydreaming, it is rather a tangible reality that has acquired a structure; a certain size and quality which is translated into the Caribbean Miami Beach Condos. 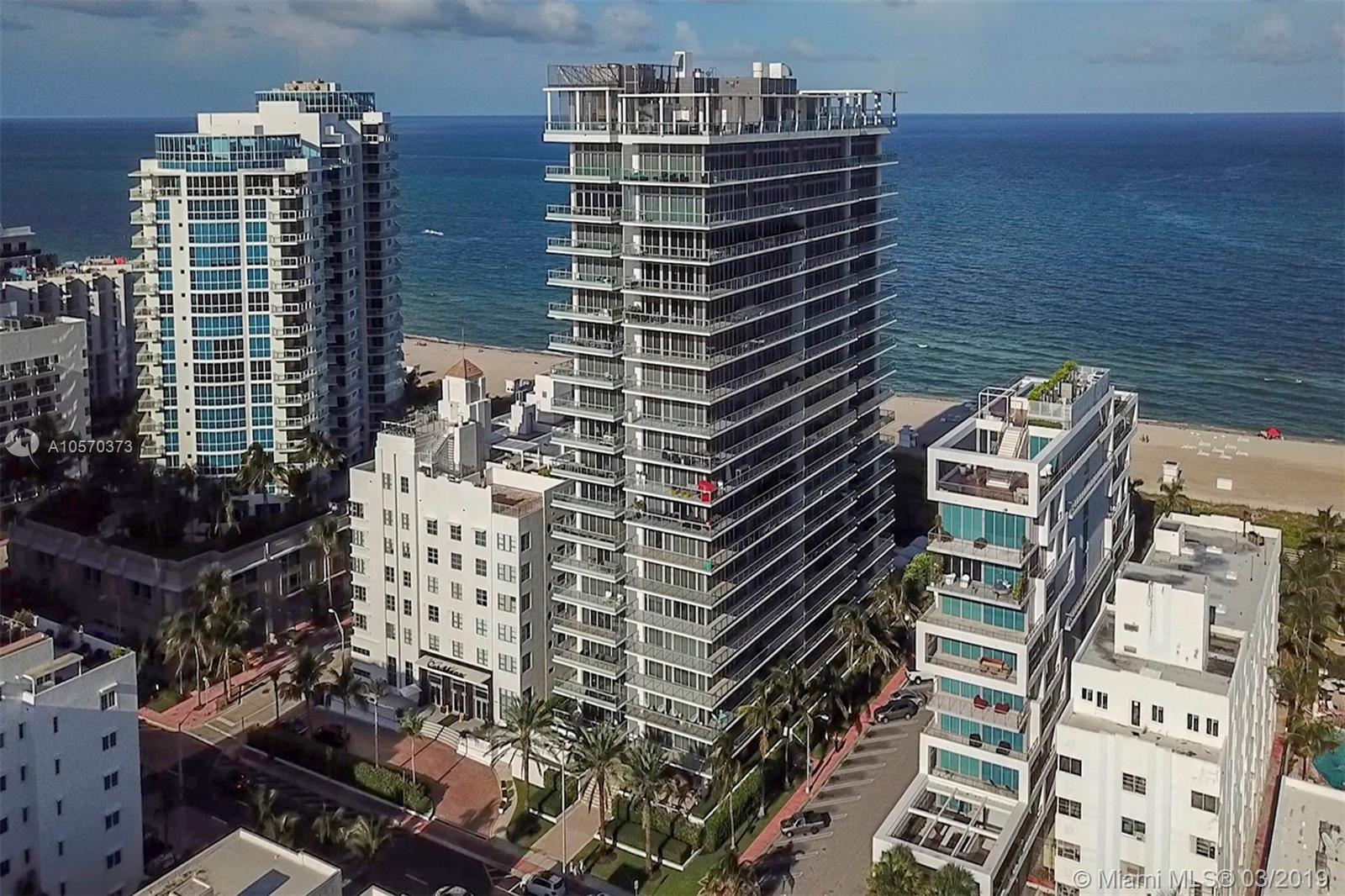 People in search of the tropical and luxurious way of life are often inevitably drawn to these residences; one day they find themselves standing before the two dazzling towers facing the ocean at 3737 Collins Avenue. Both buildings have stood proudly beside each other since their completion in 2008 by Christa/Bluerock Developers. All 103 units that comprise this project retain a permanent charm that dates back to 1941 when the original structure of The Caribbean Hotel was built. This art-deco landmark first conceived by architect Murray Dixon has been transformed into a symbol of modernity. The renown Kobi Karp and interior designer, Christopher Ciccone, led the renovations of the seven-story building, now called the North tower, and they included an adjacent 19-story South tower which provides 68 additional residences.

As the name implies, the location of this residential complex is a key factor to take into account. Not only do the Caribbean-inspired condominiums draw elements from the organic landscape but they also grant residents the opportunity to live surrounded by the diverse amusements offered by the Historic District of Miami Beach.  This neighborhood situated between South Beach and the Fountainbleau also happens to be within a close distance to the Aventura Mall, the American Airlines Arena, Flagger Street and Brickell. Residents of the Caribbean South Beach Condos are therefore, contributing to the growth of this classic historical district by branding it as their future home.

Having heard about the significance of the towers’ location and its value to Miami’s community, it is no surprise that an acclaimed figure like Kobi Karp was granted the privilege of managing the buildings’ design. This award-winning architect is a member of two major associations: the American Institute of Architects (AIA) and the American Society of Interior Design (ASID). He holds degrees in Architecture and Environmental design and is also the founder of Kobi Karp Architecture and Interior Design, Inc (KKAID). Since 1996 this Miami-based firm has developed various designs for different types of structures which touch upon both sides of a balance; they range from large-scale condominiums to small-scale residences spread across the world in areas like the Caribbean, the Black Sea region and the Middle East. Naturally, all these projects have earned Karp and his company international recognition with awards such as the AIA Outstanding Young Architect of the Year and Outstanding Service Awards, the Miami Design Preservation League Merit Awards and the Dade Heritage Trust Historic Preservation Awards, just to name a few.

The strengths for which KKAID has been globally appraised are the same which motivated the creation process for the Caribbean South Beach condos. Karp’s approach to the project reflects an aesthetic and functional focus which also takes into account the site’s historical context. Despite the urban appeal, each tower preserves the mood of the original landmark; this is the beauty of the residences. In fact, Kobi Karp is well known in Miami precisely for his masterful restoration techniques applied to designs in the city’s Art Deco District.

“Before I start a new project I always focus on the potential location of the property on the land itself and its relationship to local environment and physical nature.” – Kobi Karp.

The descriptions mentioned above have aimed to depict the project’s context and its value to the community but what has yet to be explained is what a Caribbean home looks like. We will begin by constructing an image of the towers’ outer shell; an all-glass exterior that provides all units with unobstructed beach views and plenty of sunlight. This feature already incorporates the water and light elements which characterize the natural landscape; thus allowing the architect to focus on additional details of the buildings’ surface which has been further enhanced with a restored porte-cochere entrance that brings back the glamour of the original facade.

To complement the captivating exteriors the buildings have been endowed with state-of-the-art amenities that truly reflect the Caribbean appeal. Residents can indulge in social gatherings at the fire pit and at the billiard lounge or simply enjoy a relaxing bath at the beach or in the heated oceanfront infinity pool. Individuals who are more attached to the quiet and peaceful side of the tropical lifestyle will find comfort in the private cabanas and spa or even at the health center featuring the latest options in fitness equipment. Everyday habits are simplified with commodities such as high-speed elevators, covered parking, bicycle storage and 24-hour valet, security and concierge service.

With this summarized portrayal we have managed to peel away the condos’ outer layer, now it is time to immerse ourselves further in the Caribbean experience by exploring their interiors. Even before entering one can already expect to be amazed by the composition; it is, after all, the work of the notorious Christopher Ciccone; a man with an innate talent that encompasses various disciplines. The eyes of the world follow his achievements as an artist, concert tour, music video and film director, and as an interior and furniture designer. Although his presence has been mostly noted in the field of film direction and screenwriting, this has not stopped him from obtaining the international recognition of major publications like the Miami Herald, the London Sunday Times, Vanity Fair and Elle Decor for his commercial and interior design. His renown projects not only include homes in New York, Miami and Los Angeles but also the transformation of prestigious restaurants such as the ‘Atlantic’ and ‘Central’ in L.A and the ‘Oriont’ in New York.

Ciccone has thus shared one of his many talents with the inhabitants of the Caribbean Miami Beach Condos. We can observe traces of his uniquely modern style interlaced with the 40’s and 50’s charm that was retained from the original Caribbean Hotel. All residences are characterized by their impact glass windows which extend to the 10 foot ceilings and provide clear ocean views as well as for their high-tech commodities such as individual water heaters, wireless touchpad concierge panels and fire protection system. The different areas of each unit display sophisticated features that Ciccone has carefully arranged to meet the needs of residents while adhering to a particular aesthetic. A look at the elegant kitchen serves as proof of how the designer embraces a European style through the use of Italian cabinets, glossy stone countertops, stainless-steel appliances and Euro-Tech washers and dryers. The bathroom displays a similar approach with stone countertops that match the marble and granite furnishings juxtaposed with designer fixtures. Nonetheless, we can admit that the most impressive items in this room are the whirlpool baths and Dornbracht showers enclosed in glass. Together, all sections of every residence constitute an elaborate arrangement influenced by different contemporary trends but which remains undeniably true to the refreshing and peaceful Caribbean atmosphere.

Miami has seen the rise of some of today’s most prominent buildings, each one contributing to the complete transformation of the cityscape. However, in this frenzy to move forward it is easy to walk past the city’s roots. Kobi Karp and Christopher Ciccone have not made the mistake of overlooking the landscape’s history, they have instead, found an innovative way of preserving the original beauty and attaching it to the urban context by using Caribbean-inspired elements as the link between past, present and future.