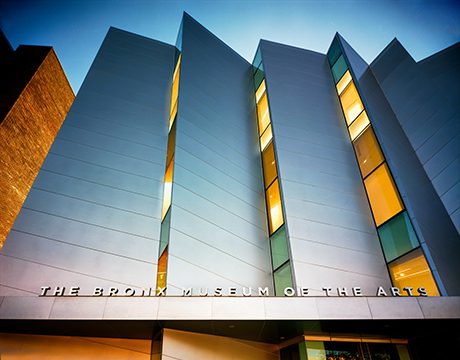 Monumental, unpredictable and out of the ordinary. These words only begin to illustrate the character of Arquitectonica, a world renown firm that has expanded the influence of contemporary architecture through its modernist style and taken over the aesthetics of each city where its projects can be found. Every building challenges the idea that architecture and design operate within strict margins imposed by conventional approaches and mentalities. Under the guidance of its founding principals, Bernardo Fort-Brescia and Laurinda Spear, the humanistic approaches of Arquitectonica have reached over fifty nine countries, thus transforming the urban landscape into a show of peculiar yet fascinating forms, patterns and colors. Distinguished creations such as The Westin New York at Times Square, France’s famous Dijon Performing Arts Center in the city of Dijon, the Shams Abu Dhabi megaproject, and the Virgin Voyages at Cruise Terminal in Port Miami are proof that there are no limits to design when creativity and functionality work side by side complementing each other.

Since 1977 Arquitectonica has operated with an ecologically viable approach through designs that do not disrupt the delicate balance between humans and their surroundings. This approach has been especially successful in growing cosmopolitan cities like Miami where the modern urban landscape can benefit from retaining the beauty of its natural surroundings. For this reason the firm comes up with sustainable solutions that respect a project’s environment and the culture that also shapes it. This balance between conscious architecture and functional aesthetics has earned the company numerous awards such as the American Institute of Architects Florida Firm of the Year, the AIA Miami Firm of the Year and the AD 100. With headquarters in Miami, New York, Los Angeles, Paris, Hong Kong, Shanghai, Manila, Lima and Sao Paulo, Arquitectonica is able to enlarge the avant-garde design movement through buildings that help people attune to their surroundings.

The inner workings of the company’s mechanism operate in synchrony with its foundational stones- the two founding principals that began this endeavor of enhancing the current landscape with works that will outlive their creators. One of the members leading the development of Arquitectonica is the Peruvian architect, Bernardo Fort-Brescia, who has overseen the expansion of the studio since he first founded it with a group of fellow promising architects. From the moment his leadership began, Brescia’s work has earned him numerous awards, including the AIA Silver Medal and the Urban Land Institute’s Lifetime Achievement Award. In collaboration with him, the second founding Principal, Laurinda Spear, has left her own mark in many of the designs undertaken by the firm from the beginning. Today, like Brescia, she continues to nurture and share her talents parallel to teaching students and guiding future architects worldwide through her lectures on this world of design.

Under the supervision of the power duo and their team of architects that comprise Arquitectonica, the Westin New York 859-room hotel broke floor at Times Square and became the winning project of a design competition. The post-modern composition features a slender glass tower split by a delicate arch forming two abstract segments that clash against the multi-colored geometrical structure below. 8,000 glass sheets give this building its characteristic appeal founded upon ten main colors consisting of copper, gold, bronze, white, silver, orange, green, blue, aqua and violet. Juxtaposed with the asymmetrical aluminum façade of the building below, the development takes on a visual complexity rarely seen in architecture. This distinctiveness is also translated into the cutting edge interiors that celebrate the elegance found within straight geometrical shapes and sharp angles. While the tonalities of the lobby allude to the Earth through warm colors, golden hues and romantic lighting, the guest rooms and suites reflect the clear brightness and smooth textures of a cloudless sky through the minimalistic décor.

A symphony hall and opera house were merged into one grand facility fashioned after the classical architecture of the antiquity. The seemingly compact and straightforward exterior shelters a modern 1,640 seat Italian-style hall, a convention center, conference center, office buildings and a hotel that are spread across pedestrian walkways leading to courtyards formed the irregular carvings of the solid mega-block. This dramatic building is bedecked with wooden floor and wall patterns that seem to have no beginning or ending and which contrast beautifully against the night blue background covering every surface up to the triple height ceiling. Countless of possibilities for different ambiences can be created through the modern lighting system that adapts to the essence of each performance. At the same time, from each side of the audience golden reflectors that conduct the sound from the stage seem to float like stars among the dark surroundings. Orchestras from different corners of the world make the journey to the Dijon Performing Arts Center just for the opportunity to transmit their passion for music through the astounding acoustics of the state-of-the-art installations.

This emblematic complex towering above the streets of Al Reem Island draws on the grandiosity of historical gates that have guarded the entrance to ancient cities. Five components make up the skyscraper megaproject: the Sky Tower, Sun Tower, Gate Towers, and Boutik Mall. In its entirety, the development provides 5,000 residential units, luxury boutiques, cafes, retail and shopping outlets, entertainment facilities and a five-star hotel that includes a fine dining opportunity. The overall project could be a city in itself built around a marina complex to offer citizens not only immediate access to world-class services but also expansive views of the ultramarine blue that stretches all the way to the horizon. Each of the three glass towers supporting a curved lintel seem to have been built as monumental columns that hold the weight of the sky on their curved structure.

The Virgin Voyages at Cruise Terminal

It should not come as a surprise that a city like Miami, brimming with the innovative tendencies of modern design, contemporary movements, entertainment and luxury opportunities should exhibit numerous of Arquitectonica’s works. Among these projects, the Virgin Voyages at Cruise Terminal in Port Miami stands out for its nature-based design inspired by the native palm tree groves. The two story Flagship cruise terminal built from stormproof glass is shaded by a grove-like canopy design still leaving enough room for delicate ribbons of sunray to pass through. This canopy roof held in place by delicate columns extends through the glass pavilions forming a pattern of weaving forms that highlight the dynamic beauty of the ocean. A tropical lush landscape envelops the sophisticated departure lunges and merges with the outdoor terrace with unobstructed views of Biscayne Bay and the downtown skyline bursting with the shimmering colors of the city lights at night.

At a first glance the role of architects may seem to revolve around the development of buildings and spaces for particular users and purposes; however, there is much more to the profession as Arquitectonica keeps proving time and time again. This firm has demonstrated that the power of architecture can be boundless and breathtaking; each design has the ability to move viewers with its beauty, begin a revolutionary movement towards sustainable and original creations, and shape people’s perception of their surroundings. The Westin New York, the Dijon Performing Arts Center, the Shams Abu Dhabi, and the Virgin Voyages at Cruise Terminal are only a few of the innovative projects that are transforming the current world landscape and the future of design itself.