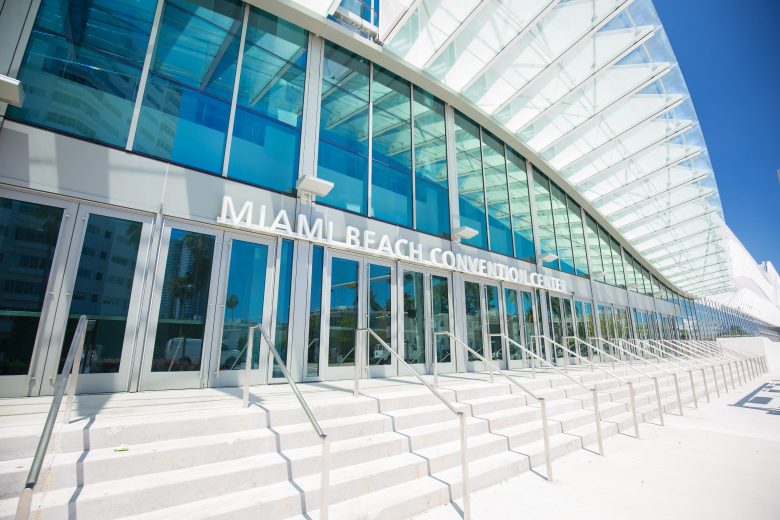 “Art has always been a tool to claim space, build power and question the injustices that have shaped our social experiences.”- Neil Hall, founder of Art Africa Miami Arts Fair platform.

This statement reflects Miami’s contemporary scene which has become one of the most iconic and cosmopolitan stages to host and proudly present a diversity of stories told through a myriad of innovative and unexpected means. Although art and design are present in the everyday lives of citizens there are also some major significant events to take into account when talking about commemorating these unique expressions. Art Basel is one of such events; currently recognized as the largest contemporary art fair in North America displaying works from worldwide leading galleries that include over 4000 artists from 35 countries.

The mesmerizing pieces displayed each year during the first week of December can range from paintings, sculptures and photographs to installations, films and digital art. Nonetheless, Art Basel is not merely a space to observe and admire, it also creates a dynamic stage for the exchange of ideas, dialogues and information between the different participants and contributors of the art scene- including spectators. With this in mind it is no surprise that Miami was chosen as the second scene for this renown fair (the other base being Hong Kong) thus, making full use of the newly renovated Miami Beach Convention Arts Center which welcomes within its outdoor spaces and extended galleries a greater variety of works by artists such as Abraham Cruzvillegas, Frank Bowling, Tina Girouard, and Ana Mendieta among others.

This popular cultural event dates back to the 1970’s; a tumultuous era characterized by an amalgam of raised voices all over the globe demanding equality and justice for marginalized communities. Adopting art to interweave these social movements, Swiss gallerists, Ernst Beyeler, Trudi Bruckner and Balz Hilt, established one of the most successful international art fairs transcending both physical and conceptual borders. The popularity of this event was made evident from the start when more than 16,000 people came to support the inaugural show in Basil, Switzerland, which at the time already included 90 galleries from 10 countries.

Today Art Basel displays the multiplicity of existing art-forms in their various components through different sectors dedicated to each: Galleries, Nova, Positions, Edition, Kabinett, Survey and Conversations and the most recent one- Meridians. While galleries and Nova are considered the centerpiece of the show since they present the most recent and representative works of international galleries, the remaining sectors are also an indispensable part of Art Basel’s core. Positions, for example, is a platform oriented towards the discovery of new artists allowing individuals to present one of their major works. Meanwhile, Kabinett is primarily focused on thematic art historical projects that emphasize a particular culture, generation, artist or movement. Edition, on the other hand, portrays relevant and critical publications that result from the partnership between publishers and artists.

With the expansion of the arts center a new sector has recently emerged which introduces works of monumental size that are usually not found in conventional galleries and atypical exhibitions such as video projections and live performances. The Mexican-based curator of this sector, Magali Arriola, has opened Art Basel’s door to figures like Mario Merz from the Konrad Fischer Galerie (Germany), Portia Munson in association with P.P.O.W gallery, and Ana Mendieta (Galerie Lelong & Co., Alison Jacques Gallery).

This December spectators will be encouraged to immerse themselves in the colors, sounds, and sensations produced in a contemporary and revolutionary environment. Visitors can expect art in all its shapes and sizes trough live musical performances, fashion shows, augmented reality projections, paintings, sculptures and installations among many others. Each piece, no matter how different from the rest, has been carefully selected among an overflowing river of existing options not only for its aesthetic value but mainly for the relevance it has to the present. Part of the selection process is as L.A gallerist, Louis Stern describes:
“Part of my philosophy is to take artists that never got their due and show the art-world how they’ve contributed to art history.”
Art Basel is making history and because of this all the artworks displayed are significant to today’s society in one way or another: they speak to the masses as well as to the individual and the overlooked while appealing to a public of all ages and nationalities.

Curator of the “Parallels and Peripheries” exhibition, Larry Ossei-Mensah, stated at an interview with Architectural Digest: “We are at such a precarious juncture in our society and I believe that art has the ability to help us unpack, discuss, and better understand the complexities of our current societal moment.” Communication on such a large scale has never been seen, much less open to a wider and diverse public. What Art Basel brings to Miami each year is the opportunity to participate in the exchange of stories, experiences and visions of the world that bit by bit begin breaking the imaginary walls that separate “us” from “them”.
Are you ready to join the movement this December?