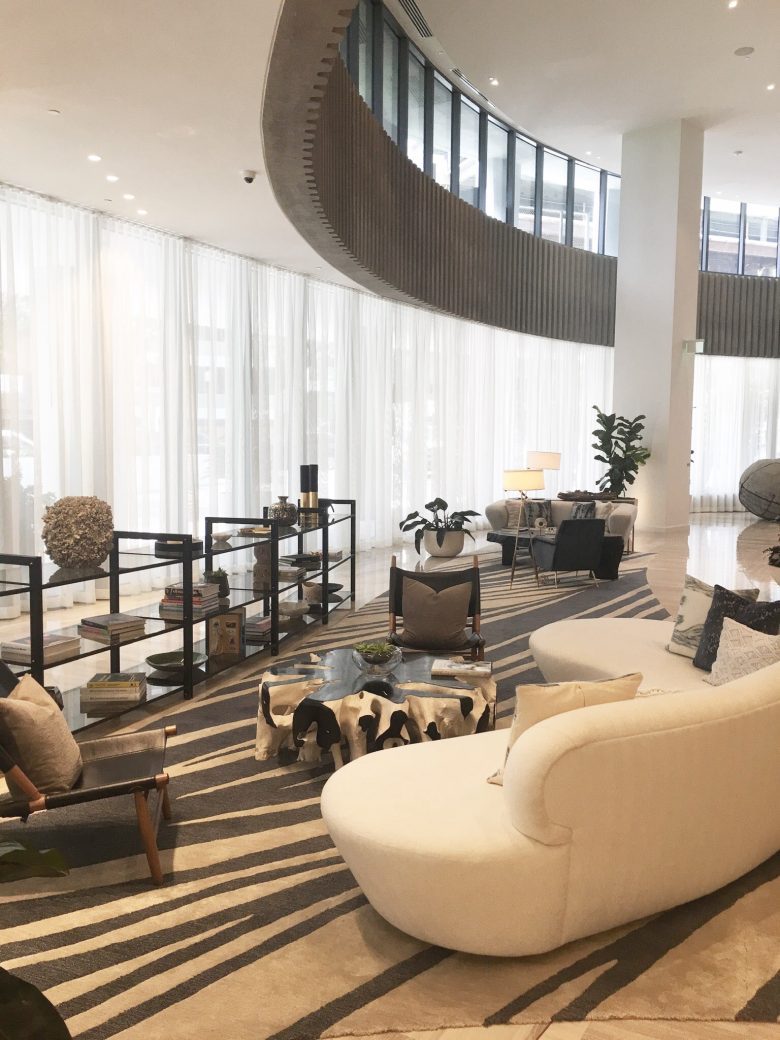 “A building has at least two lives – the one imagined by its maker and the life it lives afterward – and they are never the same.”

This is Rem Koolhaas’ unique outlook on the reality of architecture. As a Pritzker Prize winner, and a provocative as well as controversial figure in the world of design and architecture, his name has been mentioned incessantly by critics and the general public. His work is regarded as ‘cynical’ on the one hand and as a ‘masterpiece’ on the other; thus eluding a single, all-encompassing portrayal. This paradox inevitably leads to the question: who exactly is the man behind the legendary buildings?

An accurate answer would require meticulous insight of Koolhaas’ life story which begins in the year of 1944 in Rotterdam; a city characterized for being the capital of modern architecture and design. However; for this instance the focus will lie primarily on his achievements, starting with the founding of the Office for Metropolitan Architecture (OMA) in 1975 shortly after graduating from the Architectural Association in London. OMA was the product of the cooperation between Rem Koolhaas and his three associates; Elia and Zoe Zenghelis and his wife Madelon Vriesendrop. Since that crucial starting point his projects have both provoked and fascinated the public and today OMA even counts with its own research branch, AMO, which serves as an independent think-tank incorporating the world of architecture into the virtual landscape. Together, the two companies maintain the ideals held by Koolhaas and his associates to incorporate social and cultural aspects into architectural production.

“In addition to all the architecture that we make for human beings we are also beginning to make architecture for the new conditions that we are creating.” -Koolhaas

Today; although his views remain unchanged, Koolhaas’ attention has begun to shift towards the consequences brought by the accelerated increase in mega-cities; a phenomenon he addresses in his interview with Vladimir Pozner during at the Moscow Urban Forum. In the same interview he comments on his awaited exhibition at the Guggenheim museum, “Countryside: Future of the World” which reviews the gradual transformation of the countryside into a structured and organized version of what it used to be.

Koolhaas has developed through OMA countless of projects worldwide in countries such as the Netherlands, Spain, Colombia, Australia and South Korea among others. Two of his internationally acclaimed creations are the art museum, Fondazione Prada, in Milan and the Galeries Lafayette in Paris. The Italian venue retained the pre-existing buildings and introduced three new spaces: a podium, a cinema and the Torre which became the site for the foundation’s permanent exhibitions. As Koolhaas has stated, OMA’s goal was to produce a contrasting display of colors among the old and recent buildings, thus creating a complex opposition between the main tower’s golden hue and the grey and white concrete structures of previous edifices. 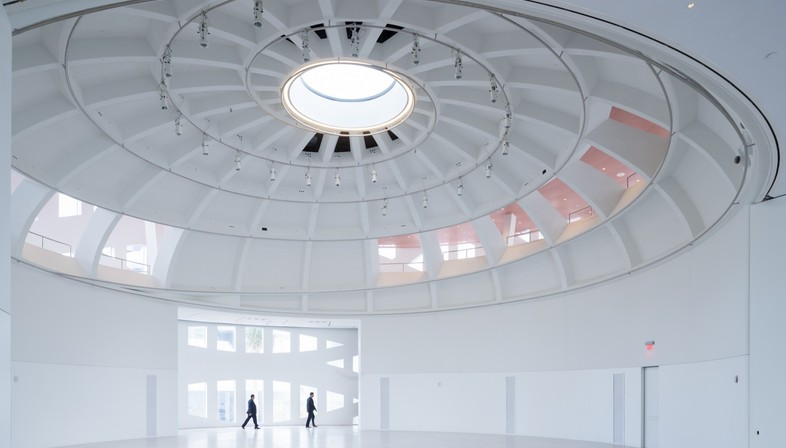 Likewise the dynamic and unifying structure of the Miami Performing Arts Center provides the perfect outlet for the city’s cultural potential. The Opera and concert Hall are combined to accentuate the urban flavor and maximize the use of space using what OMA describes as a “3-dimensional mixing chamber between them that will be an experience in itself.” 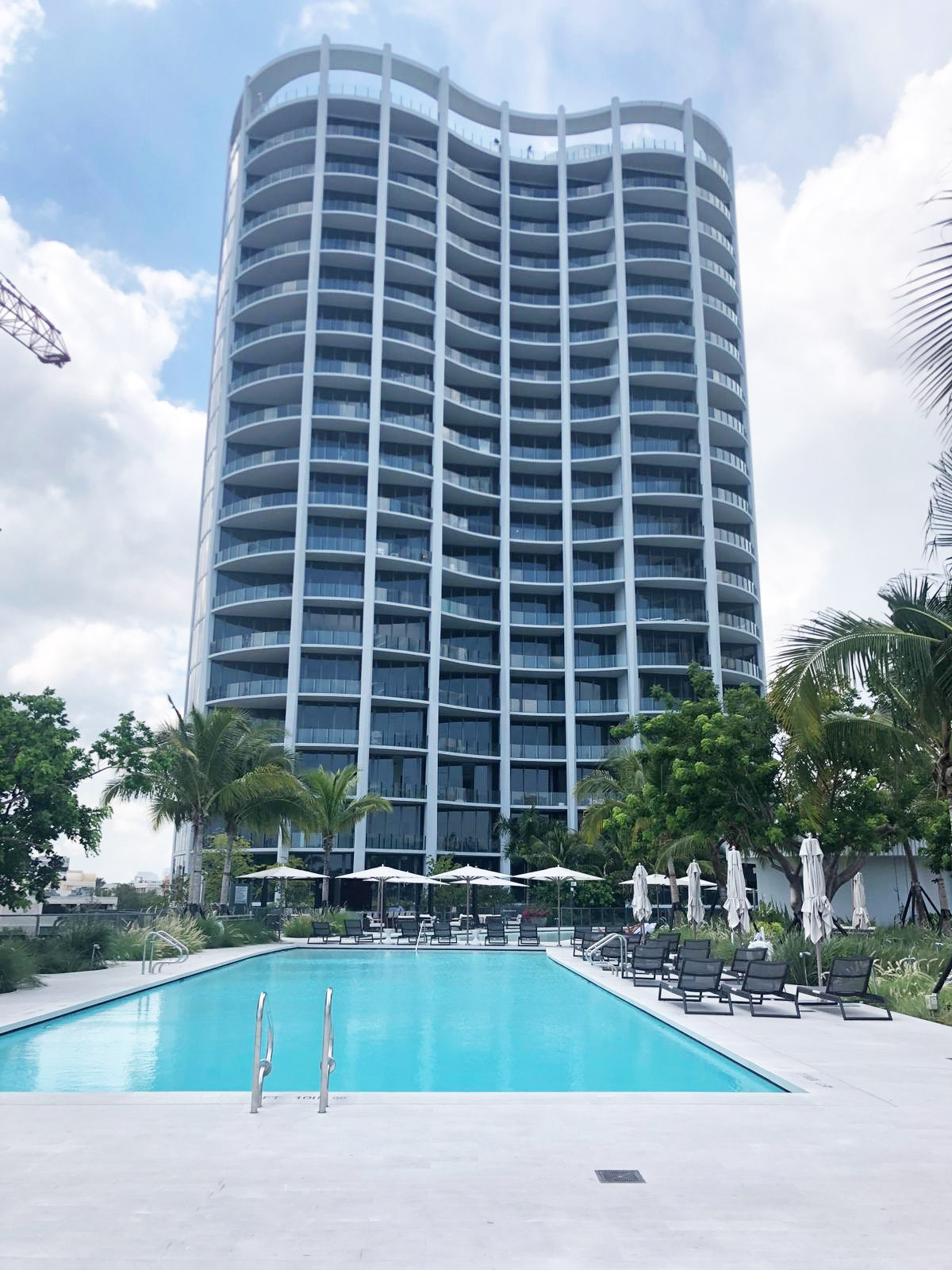 Fortunately, Miami has not yet seen the last of Rem Koolhaas and his innovative team. OMA is in fact currently adding the final touches to its latest development: the Park Grove residential complex. This has been an ongoing project since 2013 and its completion is announced to take place this year. The awaited building was attentively crafted in partnership with architect Shohei Shigematsu and the Meyer Davis design firm. Its uniqueness not only resides in its modern design but it can also be traced to the site’s location; particularly what it represents for the people of Miami. Since 1825, Coconut Grove has been Florida’s first official settlement and it has remained an integral aspect of local culture. Today, within the busy and occasionally tense city life, the tropical jewel that is Coconut Grove allures those in search of natural beauty and tranquility. OMA’s design, thus, retains the same tranquil quality as its setting to avoid breaking with the characteristically natural landscape and it prides itself in being “Coconut Grove’s most ambitious architecture to date.”

Park Grove seems to reflect the organic panorama through its undulating towers resembling the Biscayne Bay islands. They stand in the intimate sanctuary by the seaside and offer their residents the privacy they seek without isolating them from the local community. This project celebrates the natural elements of its surroundings by incorporating them into the residential spaces. The buildings display extensive glass walls to welcome the sunlight and wide balconies which enhance the view of Biscayne Bay.

The three structures; one park grove, two park grove and the club residences tower, are inspired by the local panorama and by artists such as Jaume Plensa and Michele Zola. Meanwhile, the furnishing and interior design reflect the artistic influence of Coconut Grove. The Meyer Davis design studio took charge of the towers’ interior and embellished it with classically elegant furniture using natural materials such as wood, stone and glass. 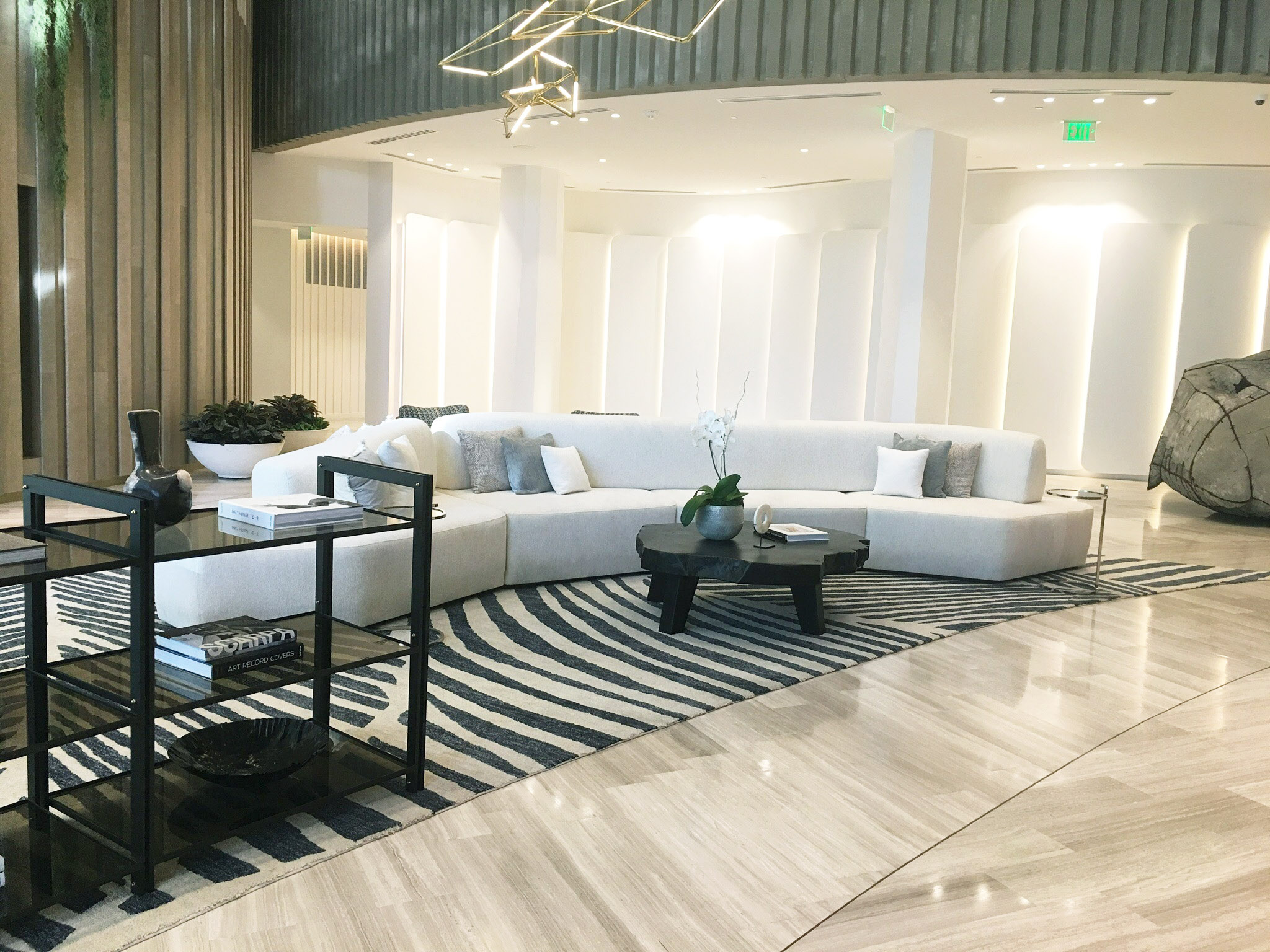 The overall product stays true to Koolhaas’ statement: “Our ambition has always been to create the most intelligent possible designs, not the most spectacular ones.”

Nonetheless, it succeeds in both aspects; merging efficiency with the design’s striking aesthetic appeal.

Rem Koolhaas remains, to this day, a source of inspiration for rising architects in the international scene and a world-renown master of the art of transformation.  Along these lines, he continues to awe viewers and critics of his contemporary creations. Just like Koolhaas’ buildings, his ideas play an equally significant role in the shaping of the contemporary environment and there is no better way to honor them than by concluding with one of his singular statements on the future of architecture: 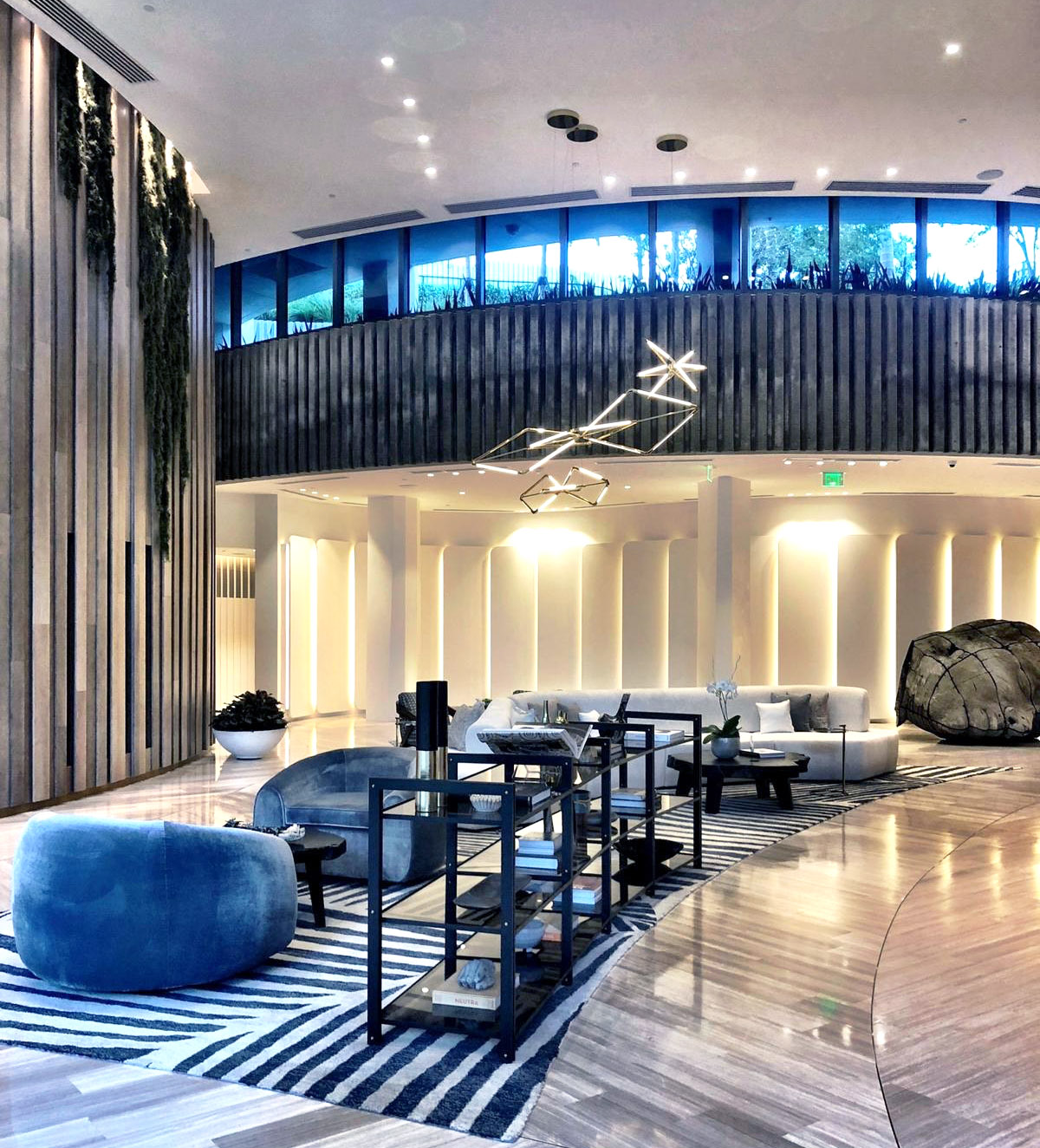 “But even as its utility is questioned in the real world, architectural language survives, its repertoire of concepts and metaphors resurrected to create clarity and definition in new, unfamiliar domains.” 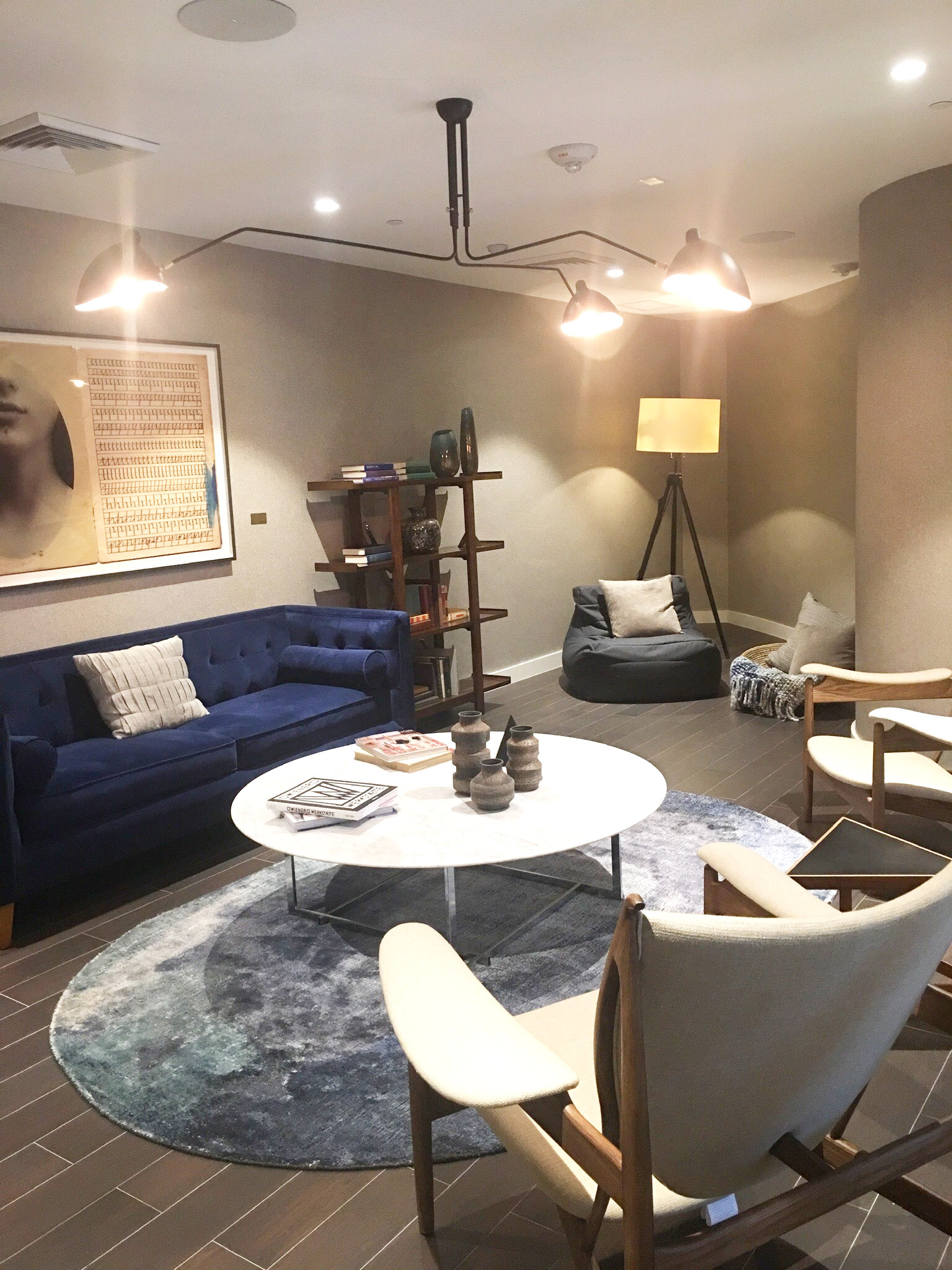