Art takes over the the walls of Wynwood 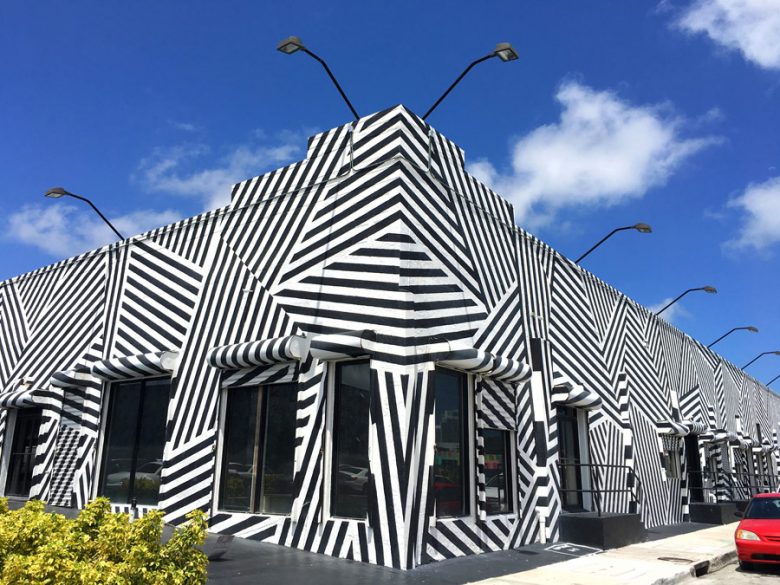 In the midst of disorder and uncertainty people must unite to restore harmony, regardless of their differences, or in the case of Wynwood’s inhabitants, they can also embrace them. This community in one of Miami’s most popular districts found the solution to their economic depression and growing insecurity through art- in creating something entirely new out of the diversity of promising talents. This contemporary movement was not limited merely to the traditional manifestations of art; instead, the latest generation of avant-garde thinkers, entrepreneurs and artists combined their skills to tap into Wynwood’s true potential.

Today this historical neighborhood is home to more than 400 businesses that have flourished thanks to the creativity and support of local and international art lovers. Just like Manhattan’s SoHo, Wynwood can proudly credit its cosmopolitan composition for the singular products of its renaissance which are found throughout the multiple galleries, museums and walls that line its streets. Every single corner and hidden alley is worth exploring seeing as the neighborhood not only displays a colorful mosaic of artworks but it also welcomes visitors with numerous culinary options, shops and innovative exhibitions for every kind of audience.

Before Wynwood’s current golden period this space was commonly known as ‘little San Juan’ or simply ‘El Barrio’; home to the community of Puerto Ricans, clinical associations and factories. However, in the eyes of visionary business people its close proximity to Downtown Miami and Miami Beach turned it into the perfect spot for upcoming offices, condominiums and lively public spaces. In the seam of the 90’s furor -with the end of the Cold War and the United States’ newly acquired position as a superpower, the residents of Wynwood set out to renovate their neighborhood. The community’s initiative inspired rising entrepreneurs such as Tony Goldman, one of the U.S’ most prominent real estate developers known for his visionary relationship with art. Few businessmen would have dared to venture past the conventional business model by placing their faith in modern art. Nonetheless, Goldman recognized the value of a trend as controversial as graffiti for its reflection of the district’s cultural expression- a practice worth studying and sharing with the rest of the world.

In 2009, the seeds of this endeavor blossomed into what is today known as Wynwood Walls. This exhibition transcends the limits of a single compound to stretch across every available surface including old cellars, abandoned factories and sheds that are endowed with a new meaning and purpose through the colors that artists have coated them with. The monumental murals that decorate the district are odes to Miami’s rising talent and to the unity maintained among the community of contemporary local and international artists.

Walking into Wynwood is like entering one of Gustav Klimt’s paintings: every individual block of color forms part of a bright geometrical design full of dynamism and surprising details. The spectator can stop to admire any of the 200+ murals that adorn the district while also participating in the culinary experience provided by the variety of cuisines that also add to the allure of the neighborhood. Within this relaxing and at times provocative, stimulating and mesmerizing ambience the public is immersed in a spectacle where various manifestations of art share a common stage. The options range from photography to sculpture and even films. The Goldman Global Arts Gallery, for example, is the first one in the neighborhood to display works of artists who have contributed to the Wynwood walls in the past or present. The outcome is a fascinating amalgam of pieces representing over 30 artists from 16 countries; some of these are figures such as Adrian Avila, Maya Hayuk, Jordan Betten and the Up Art Studio among many.

Another place worth visiting for those in search of a relaxing afternoon is the O-Cinema. The films featured at accessible prices appeal to all demographics and not only do they showcase the newest contemporary works but also art cinema, classics and rare versions of films. The extravagance displayed in many of these movies- especially the classics- is even recreated by the Miami Supercar Rooms featuring a collection of luxury automobiles. This is the first Road Art Gallery in the United States combined with a Gourmet Dining Experience; altogether an innovative concept rarely seen anywhere else in the world, dedicated to an aesthetic enjoyment as well as fine food.

The entertainment continues even during nighttime when streets and buildings acquire a different appearance under the glow of artificial lighting. This mesmerizing effect is better appreciated over the artworks during the famous Art Walk which takes place every second Saturday. At 6:00pm these days visitors can participate in a tour that extends throughout the night, giving people the opportunity to observe, savor and learn from the many wonders of Wynwood under a starry sky.

Today Wynwood is internationally recognized as an innovative center for the arts and culture which is continuously striving to find new ways to grow and incorporate the latest and rarest artistic trends. Since 2013 the Wynwood Business Improvement District has been in charge of this task by looking after the security and sanitation services of the neighborhood and enhancing the life quality of the area. The future of the neighborhood can only get better with the recent partnership between Wynwood’s BID, the City of Miami Planning Department and PlusUrbia. From this union the outcome is presented in the form of the Neighborhood Revitalization District Plan which represents the outline for the further development of mixed-use projects, residential and office developments and neighborhood improvements that altogether lead to the preservation and promotion of the area’s artistic lifestyle.

Every mythical city has a guardian to watch over it: Smallville has Superman, Gotham is protected by Batman and even ancient cities in Greece such as Athens and Delphi took pride from the security of mighty gods like Athena and Apollo. Wynwood District is likewise overlooked by someone, or rather a collection of originative people and forward thinkers who undertook the task of saving their district. Although they do not possess the supernatural gifts of gods and superheroes they are not powerless- through art this community has recreated its neighborhood in the image of the coming tendencies, fashions and movements. Artists and visionaries are the true saviors of the modern real world and Wynwood is proof of that.